The conflict between China and Taiwan has its origins in the Chinese Civil War. While China depicts Taiwan as a breakaway province and an inseparable part of Chinese territory, Taiwan has long seen itself as a sovereign nation.

After the 1950s, a process of gradual (especially economic) rapprochement followed from the 1980s onward. In recent years, however, relations have deteriorated again. Since the onset of the Russia-Ukraine war, China has reinforced its alleged claim to Taiwan and increased military exercises near the border. The conflict reached its current climax in early August when the House of Representatives Speaker, Nancy Pelosi, visited Taiwan, becoming the highest-ranking U.S. politician to visit Taiwan in 25 years. In Beijing, the visit was perceived as a provocation. Analysts in the United States are concerned that China’s growing military capabilities and assertiveness, as well as the deterioration of cross-strait relations, could lead to China invading Taiwan.

Through strategic mining of multi-media sources – including audio and text processing – it is possible to monitor and identify trends in real-time. The trend graph below shows mentions of Taiwan in traditional and social media in the past year.

Three outliers can be identified:

The following tweets were shared from February 24th to August 2nd. The following screenshots, sourced with the HENSOLDT Analytics Media Mining System, were selected based on high potential reach (i.e., the number of people who may have seen the posts) generated by the system.

Nancy Pelosi’s trip to Taiwan was one of the most controversial official visits to the United States in recent history. China warned that any counter-measures would be justified in response to such a “provocation”. Notably, the U.S. air force jet SPAR19 therefore took a 3-hour long detour around the disputed South China Sea to eventually reach Taipei.

The Twitter screenshot on the right, sourced with the HENSOLDT Analytics Media Mining System, shows the unusual flight path from Kuala Lumpur to Taipei. With more than 700,000 live viewers, SPAR19 was one of the most tracked live flights ever.

The visualization below is a heatmap of social media posts mentioning Taiwan between 2021 and 2022. In 2021, mentions of Taiwan are quite low, but in early August 2022 they enormously increased reflecting the growing international interest in the Taiwan situation on social media.

The HENSOLDT Analytics relations widget displays the most closely associated named entities related to Taiwan in the last month. The color of the lines connecting the entities visualizes the sentiment between different profiles.

Two associations are worth highlighting:

The political situation remains tense: Beijing condemned the perceived support from Washington for Taipei and, as a response, intensified incursions of military jets into Taiwan’s air defense zone.

Despite these escalations, China may be unlikely to march into Taiwan any time soon. This is because of the head of state and party leader Xi -Jinping, who is to be confirmed for a third term in office this fall, and is currently preoccupied with domestic problems. Criticism of his zero-covid policy as well as a real-estate and economic crisis are posing challenges to the country – a large-scale military conflict with Taiwan would only further complicate China’s internal situation.

HENSOLDT Analytics will continue to monitor the media landscape around this issue.

This is a brief and unbiased overview of the data collected by the HENSOLDT Analytics system and does not represent the entirety of the information gathered on the topic thus cannot be treated as singular and final analysis of the event(s). 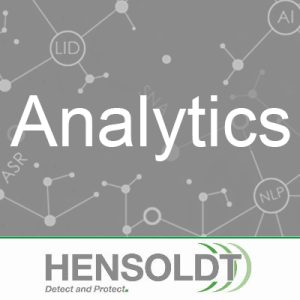 HENSOLDT Analytics is a global leading provider of Open Source Intelligence (OSINT) systems and Natural Language Processing technologies, such as Automatic Speech Recognition, which are key elements for media monitoring and analysis.

Where to find us:

Manage Cookie Consent
We use cookies to optimise our website and our service. We use tools from Google which is a US provider and personal data might be transferred to the USA.
The European Court of Justice does not certify that the USA has an adequate level of data protection.
In particular, there is a risk that your data will be subject to access by US authorities for control and monitoring purposes and that no effective legal remedies are available. By clicking on "Accept all cookies", you agree that cookies may be used by us and by third parties (also in the USA). If you want to know more please check our: